At the beginning of our journey to select weekly Bandcamp Electronic Music releases, we naturally wanted to give those selection a sort of abstract taste, as a way for us to be involved in some kind of research to make human existence expand mentally to the unknown, while still keeping the roots of this expansion, tightened to the origins of what made this genre what it is these days.
A music that would have its head high enough in the sky to get a vision from above, maintaining connection to the ground that supports the growth of humanity, seemed to perfectly reflect the idea which could represent the sound color for the website. Little did we know someone would be found out there who would not only fit all these requirements, but would even take them further up to the next level with simplicity, honesty, and a sound signature that can be recognized in between a million other pieces of Music.
Heavenchord, has recently released an outstanding album on Greyscale, and we felt like it was a good time to try to put together the puzzled mystery of the Soul and the Spirit, behind the waves of beauty the seem to be coming down to us from the sky. 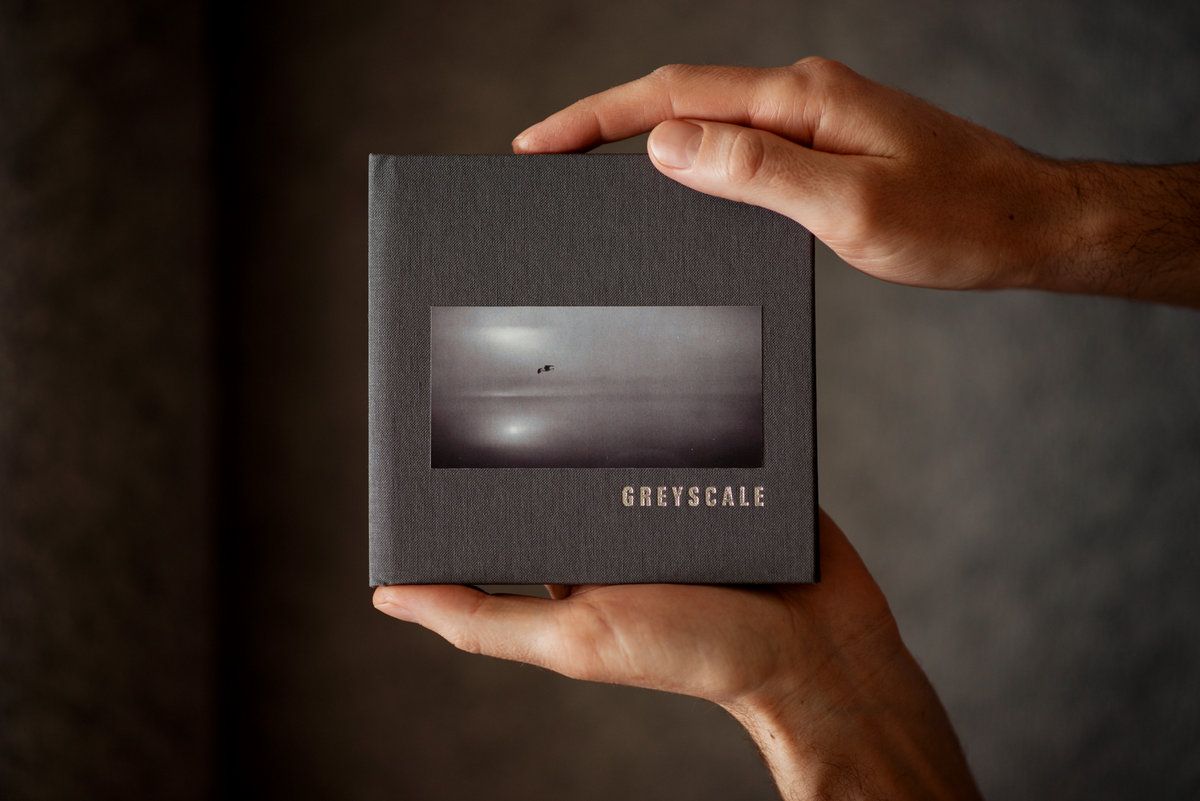 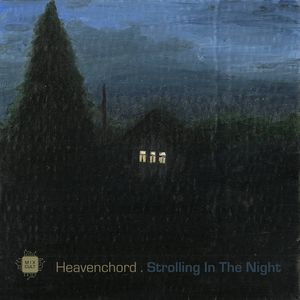 Often here, Dub and Ambient spirit are referred to as a clouds in the sky. Bright white cloud in the sky bringing shade and perpective, refreshing water on a boiling hot summer day, or quenching our sacred food on the ground.
Clouds set the mood for the scenery, of a slow or sudden winter establishing itself ordering life on earth to take refuge.
Mankind has for centuries assimilated the sky with the Kingdom of Divinity, and the expression of the weather was always interpreted as messages from Divine, or punishment for the faithless, as if such an unstoppable power had to be controlled by the Father, The Son, and the Holy Spirit, all condensed in One Name, who's land was promised to those who devotedly trusted in its supreme goodness.
And as though our society is doing its best to keep itself safe from questioning about the Spirit alive inside, by being rational since a few centuries, some of us Women and Men are living their life dedicating themselves, and all of their creations, to the infinity of a stream taking roots in the deepest faith, and the greatest expression of humility, combined with the intension to share the fruits of the tree of life with their fellow human Sisters and Brothers.

He is the Light 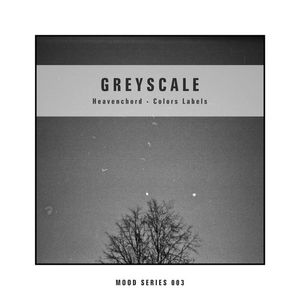 Discovering and exploring the creativity of people inhabited by intense Faith is a journey itself. Real Faith is offered, not imposed. It is a personal heartfelt path and not a decision, as the doors to the infinite perception of love inside of your heart opens up by itself with no necessity to possess its key. Heavenchord is dedicating his entire creativity to the warmth and the intensity of God (like our dearly missed Michael Zucker, who we wrote about in July 2021), from which he draws and distills the purity of the energy coming out of the speakers. An endless source of inspiration, disposed lavishly deep inside of whoever faces the immensity of the Creator himself.
Keeping warm and safe at night, generating the power for all things to live by day, enlightening the truth and blessing the soul, the light always guides the eternal shepherd on the way to heaven. 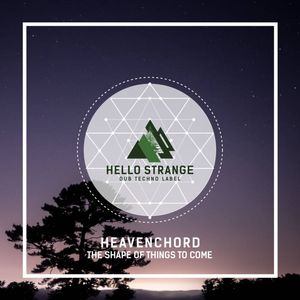 True virtue and Faith resonate within the world, no matter the size of the wall, no matter the tightness of the cage, no matter how hard the limits, and regardless of a vocal language. The chemistry happening within people who's spirit is everyday empowered by a humble purpose. Exposing with creativity a human translation of the whole spectrum contained in the bright light, the combination of all the aspects of a humble existence living in stillness.
A Love Supreme worshiped everyday of the year and through every action. An infinite quest for which the end is only another beginning. The nameless and pure sense of infinity that even words are ashamed to describe. The Force, inexhaustible repetitive and dynamic power lying underneath a solid series of flawless layers put together in perfect and precise measurements. The source and the reason of our existence on Earth being the Light and all of the colors inside of it.

The world for easel 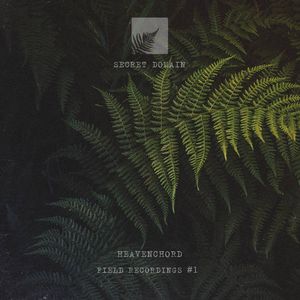 Bonding internally to the one, namely to the Holy Trinity, there is no limits or definition as to how to express your gratitude, inevitably leading to achieve stillness through the love of things for what they are. Accepting your role of servant to observe and learn from every element disposed around you, using your surrounding to build another form of abstract reality reflecting with words as subtle as the wind on a summer evening, the energy that you sweat from every pore of your skind, and in every beat of your heart.
Heavenchord has been genuinely releasing this series of Field recording transforming his surrounding into tones and melodies that speaks to the heart and the spirit, with no other purpose then to share, and in the love of God guiding every single one of his steps.
Using life as a workshop, and the world as an easel, the elements around come and go as it pleases the aim of the Lord as long as your soul is guided, as long as blood flows into your veins.

To the Glory of God 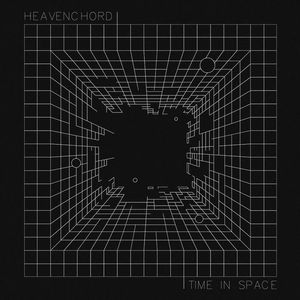 As for the nothingness was the ground for the creation, One in deep desire to create may learn to observe and appreciate the beauty of the emptiness, the subtlety and the presence of the silence between all things. As for being given the possibility to breathe was one of the most essential condition to the existence of Women and Men, some genuine creators of this world observe the nobility of the elements by themselves, before stacking the artifacts on top of each other, searching for the guiding motive inside of them as a way to focus on the key, rather then on the inessential. A way of life worshipping the ever growing energy of life designed and guided by faith.
When one is guided by the light, one evolves freely through time and space in the Glory of God

Namely to the Holy Trinity 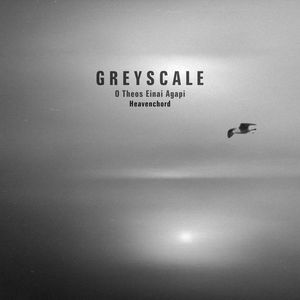 As the North, the South, the East and the West guide the sailors through the raging waves of the Oceans and the voice of the mermaids, everyone of his steps is guided by the power of faith, and the truthful dedication to the Eternal,  namely to the Holy Trinity, the Music from Heavenchord evolve on its own relentlessly, ensueing from the heart of a man with being brought up to the world with a bright purpose of sharing his humble works through the web, and by the groove oscillating underneath the diamond stylus. Nothing else and nothing more. "My Dub, your Dub", as no words needing to be added to explain. The fullness of the atmosphere and the truth of the feelings expressed through the history of his releases speak for themselves, and so does this album recently released. The unspoken words say more then a million books on the shelves of a library, and from there all we can do is listen.

For there needs to be darkness in this world for the light to shine. For there needed to be dust in space for the stars to take shape. For there must have been sorrow in the world, to have a chance to witness Faith.
Stillness of this music re thinks the role of perspective as the guardian of the eternal. For when there is space to breathe, there is time to observe. You might be wondering why I have not tried to give social proof to this immensely talented artist, or why I did not speak so much of. his background. This is simply because the complexity of some people's music goes beyond any of these profane human values we use to judge of the quality of something, and mask our eyes with layers masking the truth of what it really means. Some of us are gifted with faith in the Spirit above, given an eye for details, and an ear to design and reshape.
Heaven exist through life on earth, somewhere in between the scarcity of Peace, and the abundance of Faith, and we have a lot to learn from those who practice the discipline of moving the clouds to appreciate every second as it is given to us.

God may have let Evil happen, for us to keep turning this world into a place that feels like Heaven.
The words and the means from the above are though still unspeakable, but that doesn't mean no one is able to understand them.

And here, a free download offered to you by this immensely precious human being we are counting in the rows of our Brothers. Someone who's heart shares with the Universe itself, the common factor that they cannot be measured and expand to the infinity and beyond outside the notion of time, and space.
Do me a favor, spread this as far as you can, for as long as you can.