Like the sun piercing the clouds after the storm, came from above, in the middle of a pandemic crisis like none of what anyone still alive on earth is able to remember, the light from an unidentified flying object.
With a very simple sound yet made of intricate groove structures, and a consequent modern touch that feels polished just as much as you would want wooden furnitures to be, Rockets Audio invaded the planet in the past few months.

Coming from the mind of a man named Matheiu, as well as from a plethora of incredible artists which we either already knew, either feel happy to discover, this label will make you feel like this minimal sound many of us cherish is not necessarily running out of breath. Firmly relying on the core infinity of the genre, this music literally is feeding itself over creative souls like the ones associated with Rockets Audio, the ones who understood the complexity that this sharp sound is able to unfold when manoeuvred with care and clever touch.

A lot more intense then the Romanian sound we have been used to in the recent few years of the minimal scene, we find an interesting mix of English Jacking and German influences all over the immense number of releases, which helps listener as well as dj to keep track on the essential part of a record : the pressure release game that allows your feet to dance. This is a sacred place we cherish, and a honorable way to celebrate creativity that is offered to us from outta space, a prophecy spoken in a language spoken and understood by all, a message, that is meant to stay relevant for the years to come.

Although we already did speak a fair bit about some of the releases, we will go through a few of what we think are the most memorable moments, even though this feels like a hard task to perform considering both the output and the quality of what is being released to the world.

After you ladies and gents, welcome onboard. 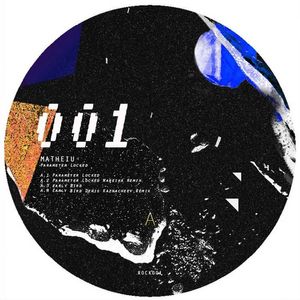 And though this is a spaceship, you are not required by the Captain to fasten your seatbelt too tight as you're definitely going to want to wiggle your backbone to the depth and the impecable groove that will be served to you with white gloves, as previously not announced on the menu.
No need to sit too comfortably here.
Matheiu is opening the prom night putting on the Ritz, with an ode (or am I mistaking?) to the one brand that unleashed the parameter lock functions up to its fullest abilities and beyond even, what we can even think of.
A superb, solid groove, backed up by an exceptional chord halfway into Deep, halfway in the darkness. Just enough for the atmosphere to feel cosy, and enough for you to wonder what will happen next.
This is Deep House wearing its opening night suit like a knight in a shining armor ready to serve his beloved purpose. Are we excited enough to continue? Why am I asking... 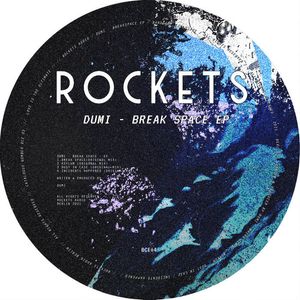 The captain, though keeping class and that legendary smile on his face suddenly walks back to the cabin as there seems to be need for his experience and quality of confidence in manoeuvring the ship through what seems to be a place where anyone else would get lost.
It is according to his message, a minor moment of light turbulences to be expected yet not to be worried about. We are asked not to look by the window for the next few moments but we hear outside the pressurized aircraft, the songs of what seems to be mermaid, or else somebody needs to tell me what was in this complementary cocktail de bienvenue that we got served when we stepped in.
And it is, all along the track for this fourth release, that we do get slightly tossed from left to right by a heavy atmosphere, and a rhythm of anything that a man could call sexy punctuated by the voices of these mermaids. The look on the face of the passengers  seems to change along, but those that were warned and advised wisely know that this is only the beginning, and actually are now starting to get excited, as more and more stories were written on the paper even though not announced yet, to the ears of the young ignorant ears of mine that were only starting to understand what was happening, as I still wonder what was this weird taste in this drink. 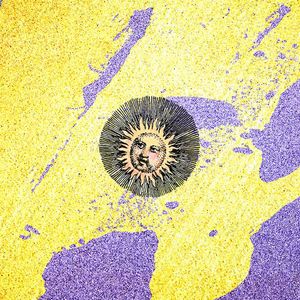 As the Captain comes back with two of his most impressive beauties of the ship, from what seemed to be more like a private encounter then really him getting us through the songs of the mermaids, the atmosphere seems to warm up though the air is thin. The light from one of the seven suns we are said to encounter flickering through the bullet proof porthole of the ship, shining a warm natural light in the middle of the night that sets even more confusion to those for whom it is normally time to sleep.
Two of them children of this particular rich, warm, shining star invade the ship for the moment of a song, spreading a light yet infinitely powerful energy coming out of precisely sharpened beats and stabs giving to the music a sense of infinity, elongating the feeling or release that this comfortable depth we have been served, was maintaining along the journey.
Am I surprised to see these two heads in here? Not really. Am I happy to find them here? As happy as I was to see their smiles by the rives a couple of summers ago, when we were able to dance, and share, and smile altogether.

Kike Mayor - On The Phone 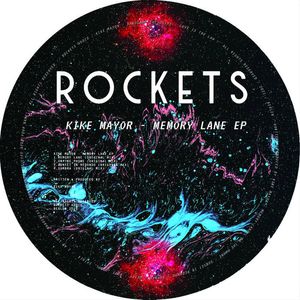 After the warmth of this first of the seven suns we were told the tales of for weeks, comes the refreshing continuity of a slight swing that comes in just in time with the soothing darkness that feels again halfway in the deep, just enough to hold that smile on our faces for the rest of the day, night, or whatever it was.
We are deep in the journey enough, far away enough in the escape for none of us to wonder what it is going on, and for all of us to only be submerged by the feeling that words cannot express, that only the mouth of Music can speak, and that the history of humanity has been able to feel.
The real deal, and nothing else. The signature solid beat of all them pieces of music that have been coming from out of space we are facing right now, and understood this is only the beginning.
The ship is following again the steps of the greatest and wisest explorers the world has ever known, leaving a tale of unforgettable, substantial, consequent matter behind it that we seem to wanna grab to keep with us, but though impossible to keep nowhere else but in our mind, unless we listen to this music again. 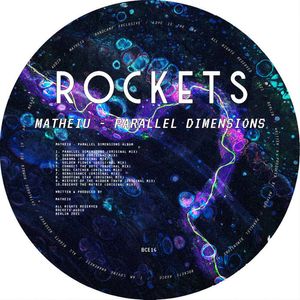 Here comes the captain again, and as he moves with firm steps, his suit looking as bright and impeccable as one would want sitting at this prestigious position, owning the path that we have been taking up until now as a 12 year old owns the asphalt rolling under the wheels of a skateboard in Venice Beach, he is approaching the booth to give us a message.
And as his steps get closer the rest of the croud gathers around him as if everyone knew the message was going to need attention.
Call it a climax. Heavy rhythm, madness constructed around powerful stabs slashing like a katana would slash a scarf falling from the sky.
Lightnings of static electricity going from side to side of the ship, and if we did not trust him like we did, we would have felt the fear to never come back but his message was nothing but turst impersonated into words that never can be spoken, and the intensity of the moment almost left the electrified crowd wonder how long we could keep going with such a high level of energy. We had entered a parallel dimension only to realize that sleep is not to be considered until we hit the flat ground again, trying our best to keep in mind this one moment. 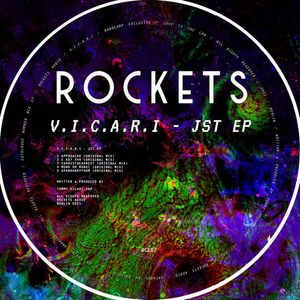 And then appeared a legendary man, coming onboard the ship as if he just appeared in the middle of the crowd, as if teletransported from planet earth up to the spaceship to deliver his message, up and away from any form or certainty, deep down in the sky.
This signature heavy rhythm was exchanged for the moment for a warmer rich sound resonating and bouncing around the pressurized walls of the ship, a change in appearance, that though keeps spreading the very same type of energy but with another form of expression that seems a little more connected to the roots of what we listen to.
A more complex form or rhythm is powering the rocket this time as it came right on time after the questions, the wonder, the Sun, the everlasting, the sharp. A perfect transition like an escapade or a detour from what was previously served, but still feeling like a well fitting chapter of the Odyssey.
A legendary name originated this message and has been spreading it over the waves and the grooves for a good number of years now, a heavily talented artist was here invited to say his words of wisdom and share the moment with us, for the rest of the crowd to be amazed even though we all knew the journey was coming to a pause very soon, back to what we know as reality. 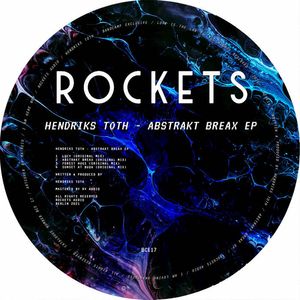 And as the ship slowly starts to come back into the stratosphere, and the landscape starts to look more and more similar, yet absolutely not common, we get even deeper into the sound following the engines cooling down from the pace that was maintained all along the journey to slowly be able to understand what we have been offered.
In continuity with the rich sound that was offered to us previously, the pressure in the cabin starts to slowly attain a neutral level, a floating state that is meant for. us to save our energy, for our brain to keep in mind what we have experienced along the journey.
It is a perfect closing track that summarizes pretty well the first recap of an ultimate achievement that was accomplished by the hard work, the love, and the passion of a consequent bunch of people, surrounding the captain of the ship, the Chef d'Orchestre, that has been manipulating these controls for the rocket to fly these humans far away from a reality that seems hard to believe, to another universe where we can express our dreams of infinity, and our love for Music.
And I must confess, this was a pretty well organized journey I could not miss to relate here, hoping my words could translate my level of surprise and my eyes amazed to experience something like this to happen still nowadays, after so many years of listening to Electronic Music.