Question : How did I miss that?
Answer to the question with another question : Who cares?

What matters is the sound of the facepalm that just happened when I got to know this record. One of these you'll keep save in an airtight box away from dust, flies, ants, and even hands. One of these that has cannot be described, cannot age, and certainly cannot go out of your mind. Still, I'll try my best to translate the feelings of this outright masterpiece to a language that our brain can turn into images, hopefully. 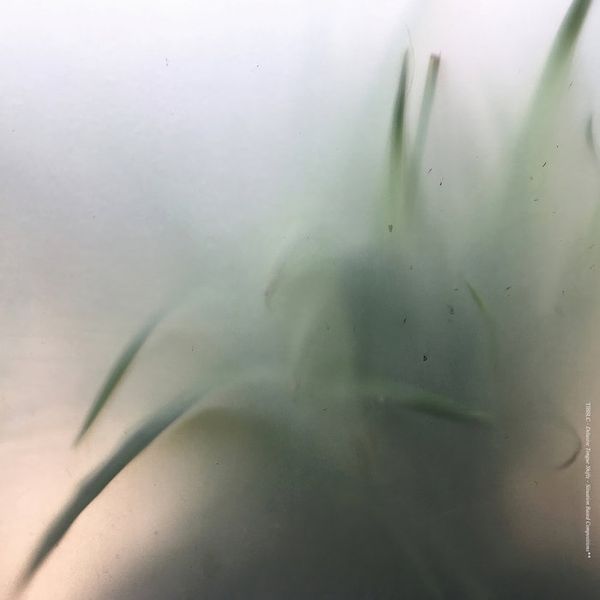 Lately we have been served and presented a whole bunch of Ambient explorations, as a way to still keep the expressive flow out of our minds, while not being able to enjoy the music too close to each other. And who could say how much is worth the amount of great stuff we have witnessed in the genre, before you put your ears onto this.

A very tight atmosphere that almost feels like the experimentation was planned. Like all this record was written before it even started to be recorded, way before the sketches of the first attempts were even considered. The marks of true excellence hit you from the first particles of air hitting your eardrum.
The International Billionaire's Secret Love Child (for those interested in the complete name of this project), starts off on a Soft Afternoon Pressure that is closer to Euphoria, then Manic Stress Disorder you could picture in your mind when you hear the word "Pressure" (especially if you work several jobs). Like in every piece I cherish the most, this one holds a surprising determining element by the end but no, don't jump to it right now, don't open your christmas present on Thanks Giving that would really kill the family dinner (and your Uncle may drink even more so please...).

Perfectly fitting in the continuum, a more rhythmically intense The Touch Of Your Toes introduces itself as the record plays along. Questioning, putting the ideas to the test, your feelings upfront yet the end leaves you an open door to escape.

Beachlife presents a dynamic glitchy rhythm that yet does not disturb the stillness setup from the beginning of the record. The contrast between tension and release here is well expressed along the track as this beautiful rhythm sequence has far enough time to express itself through very intelligently and surprising breaks layed down over the length of the track. Like the waves hitting the shore, you feel like it could as well never stop.

Another perfectly blending transition brings up Lying On The Floor, as one could imagine themselves lying on a quiet night, letting themselves being surrounded by the heavy half silence and stillness the seaside brings to our loaded consciousness. So much that you start hearing things that feel so real you could say you really heard them speak.
Deeper into the questioning, the experiment, the weight of the body being off the legs resting on the ground, the mind is free to distribute the power to the awaken dream that is happening...

... until you reach the point your internal clock starts ticking, and you wonder if it is time to stay, or if you should go home get ready for the version of reality the world follows, the one you spend most of your time into, the one you secretly wish you belonged to. The Extended Stay Of The Blue Sky, the longest day in the year, your simplest yet most valuable gift to yourself sitting and watching, your life, your mind, your thoughts and your plans, disappear melted down into the pads, the effects and the resonant.

Focusing Fatigue will then lay down the harmonies of the myriad of ideas and thoughts that make your everyday life.
As opposed, you realize as the song goes on the importance of a major element as it drifts away slowly making itself more important as it disappears from sight, but existing at this position only because of the artefacts surrounding it.

The sound of the shore hasn't stopped, the sun has fallen down into the water, the day has turned into Nightmode.
Emotions ran out of your exhausted mind and there is now only space for stillness though your ears can perceive a different form of activity, a variant of the intensity you have been experiencing since the beginning of the experience.

And for the purpose of the experiment, I will leave your own brain build the rest of the story, as to me this is the purpose of this genre of music : laying the solid foundations of a moment in life, with a door wide open for the audience to interpretate the subtle message being sent, for the Artform to be an ever evolving eternal experience.

Find this record on the shelves of Hardwax. Support your lovely physical record stores, not only the internet.